The Flagstaff Chamber of Commerce is very proud of the work we have been doing with the Science Technology Engineering and Math (STEM) clubs in Flagstaff’s two public middle schools, and is excited to see these sixth through eighth grade students make the connection between what they are learning in school and its relevance in the work world.

The Flagstaff Chamber’s initial work with the STEM clubs began two years ago at the urging of Flagstaff Unified School District Superintendent Barbara Hickman. In that first year, we were team up only with Sandie Grinnell’s girls only STEM club at Mount Elden Middle School (MEMS) and had interactions with TGen North and Second Chance Center for Animals. 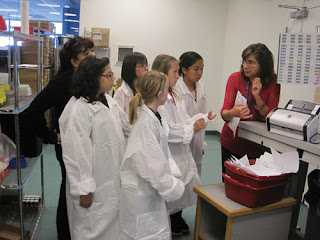 The following year, the MEMS club was co-educations and we increased the number of interactions with local businesses. In addition to TGen and Second Chance, the students went to Lowell Observatory for an overview tour with Executive Director Jeffrey Hall; APS, where Brenda Hazlett and Brian Wallace did a tremendous job of explaining energy usage, conservation and the solar power array at APS’s facilities on Huntington Dr. and they also went to Pulliam Airport and got a close look at homebuilt airplanes with Patrick Kelley and the Experimental Aircraft Association.

For this academic year, we’ve expanded again, reaching out to both the MEMS and Sinagua Middle School (SMS) STEM Clubs. One or both of the clubs have visited Western Technologies, Norchem and the Arizona Daily Sun, and had a fingerprinter/DNA analysis technician from the Coconino County Crime Lab come in. Meanwhile, W.L. Gore will be at MEMS STEM celebration on March 6 and will visit the SMS club on later that month.

Additionally, the Flagstaff Chamber is working on in-depth tours of Nestle Purina PetCare, the USGS facility, SCA Tissue, Nova Terra Industries (including Novakinetics Aerosystems, Prometheus Energy and Nova Terra’s new “plug and play” mobile solar panels), as well as Lowell Observatory.  Business professor Emy Tice of Northern Arizona University will also come to the SMS club to talk about the importance of math in the workplace. 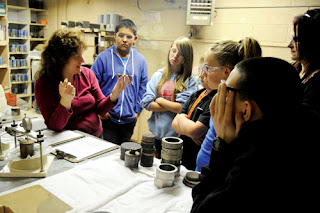