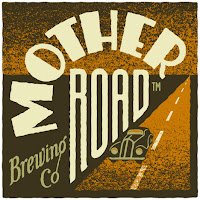 Flagstaff, Arizona January 28, 2013 – As part of the Base Camp for Beer Fanatics series of promotions from Deschutes Brewery of Bend, Oregon, Mother Road Brewing Company and Deschutes Brewery will collaborate and brew a new beer together on February 5th at Mother Road’s brewery in Southside Flagstaff. The new beer recipe has been crafted by email and telephone over the past several weeks by Mother Road’s Head Yeast Whisperer, Urs Riner, and Deschutes Brewer, Casey Carhart. The collaboration beer is tentatively an Irish Dry Stout style, but with a twist which both brewers are reluctant to share at this time. The yet unnamed beer will be tapped during Arizona Beer Week, February 16th to the 23rd 2013.

Following the brewing of the collaboration beer will be a celebration of homebrewers at in Mother Road’s brewhouse; Hats Off to Homebrewers. Homebrewers, and beer enthusiasts, are invited to hone their craft with the crew of Oregon’s Deschutes Brewery and Mother Road Brewing Company. Deschutes Brewer, Casey Carhart will give away complimentary brewing supplies including clone recipe booklets and bags of hops. Riner will supply clone recipes from Mother Road. Both will also be available for a formal Q & A session, moderated by a member of Flagstaff’s Mountaintop Mashers homebrew club. Enjoy the forum, Satchmo’s BBQ, beer samples, swag, and a commemorative pint glass for $15.

Deschutes Brewery is a regional Northwestern brewery founded in 1988 in Bend, Oregon that distributes throughout the western US; further information is at deschutesbrewery.com. Mother Road Brewing Company, a production craft beer brewery, was founded in 2010 by Michael and Alissa Marquess. The brewery is located in Southside Flagstaff, a revitalizing neighborhood between Northern Arizona University and Downtown Flagstaff. The brewery houses a Tap Room open daily to the public for pints, conversation, games and brewery merchandise. Mother Road distributes beer through‐out Arizona with Hensley and Company.