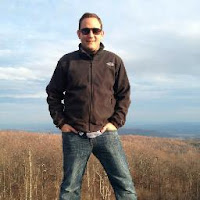 The Flagstaff Chamber of Commerce takes pleasure announcing its newest staff member, Michael (“Mike”) Sistak.  Mike joined the Flagstaff Chamber of Commerce on March 1, 2013 as the Government Affairs Director. He brings a wealth of leadership to the desk, having experience in government and politics, as well as the private sector.  His responsibilities  include elevating and advocating for the Chamber business community’s focus on public policy, government relations with local, state and federal offices, and development of communication strategies before the Flagstaff Chamber membership and community at large.

Mike has served as a Political or Field Director in major political campaigns for the U.S. House, Senate, and the White House. In private business, Mike worked as a sales consultant for the Arizona Diamondbacks, and was later promoted to the group sales representative for the team’s final Spring Training season in Tucson. In 2010, he was hired as the Field Director for Senator John McCain’s re-election campaign, and upon victory, was appointed to the Senator’s staff at the Senate Armed Services Committee in Washington, DC. While working at the Senate, he was the staff advisor on Defense science and technology policy, and oversaw Department of Defense research and development programs, as well as Defense STEM education initiatives.

Mike grew up in Phoenix. He graduated from Desert Vista High School, and obtained his Bachelor of Arts in Political Science from the University of Arizona.

You can email Mike at msistak@flagstaffchamber.com
Posted by Matt Beaty at 1:57 PM