Goodwill of Northern Arizona contributed $25.2 million to the economies of northern Arizona in 2012, according to David Hirsch, president and CEO. That figure compares with $22 million in 2011. As Goodwill of Northern Arizona expands locations and increases services to keep up with the growing needs of families and individuals, their overall economic impact to the local economy continues to rise. The not-for-profit business uses stores and donation centers called Good Neighbor Centers to generate revenue to fund The Job Connection which provides job training, employment, and education assistance to those who are unemployed, under-employed, or who desire to advance in their careers through additional training or education and matches them with businesses in need of pre-screened, qualified candidates in order to meet local workforce demands. 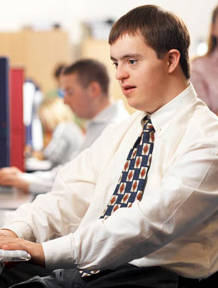 Creating Jobs
To meet rising demands from the community, Goodwill of Northern Arizona increased the number of employees in their business from 118 in 2011 to 141 in 2012. Payroll increased from $1.9 million in 2011 to $2.4 million in 2012. The indirect and induced wages produced by the economic impact of those direct wages into the local economy brought total wages to $3.3 million for 2012.

Workforce Development
Goodwill of Northern Arizona, which recently opened Job Connections in Sedona and Cottonwood, helped 57% more unemployed individuals find jobs in 2012 than in 2011. They increased the number of northern Arizonans helped to find jobs from 307 in 2011 to 545 in 2012. The average wage increased from $8.15 in 2011 to 9.08 in 2012.  The total number of people served by Goodwill was 4,826 while the number of people assisted with job training and employment within The Job Connection grew from 1,238 in 2011 to 1,448 in 2012. Looking at those figures alone, Goodwill’s social impact to northern Arizona communities almost quadrupled in one year.

Expansion continues in Lake Havasu City with the planned November 2013 opening of a new 25,000-square-foot Good Neighbor Center including a donation center, store, and Job Connection.

“We continue to focus on significant growth and expansion. We’re growing at a fast pace to keep up with the demands of the communities in our service areas,” said Hirsch, who is now finalizing plans for the June 2013 opening of a new 32,000-square-foot donation drive-thru center, store, Job Connection, and team support center near the Flagstaff Mall.  Goodwill will re-locate its clearance outlet to its present store on West Route 66 in west Flagstaff.